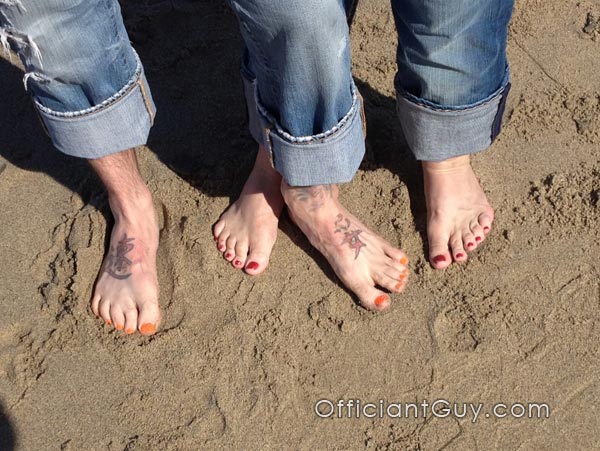 As a Los Angeles wedding officiant I get to meet people from all over the world on one of the happiest days of their life.  Last weekend I had the pleasure to officiate an intimate private wedding for a young British couple who decided to elope while they were visiting Los Angeles.   At the conclusion of their wedding ceremony they asked me to read a passage from “The House at Pooh Corner” by A.A. Milne.

Despite my predisposition, when I read the passage I was very charmed by it.  It beautifully expresses a very innocent and genuine definition of love.

“Nothing,” answered Piglet, “I just wanted to be sure of you.  If you live to be a hundred, I want to live to be a hundred minus one day, so I never have to live without you.  It’s so much more friendly with two.  Pooh, promise me you won’t forget about me, ever. Not even when I am a hundred.”

Pooh thought for a little.  “How old shall I be then?”

Pooh nodded. “I promise,” he said.  “Some people care too much, I think it’s called love.”

As a wedding officiant I am constantly surprised at how honest and creative a bride and groom can be on their wedding day.  Sometimes their personal vows will be very touching or the reading of a passage by a friend or a family member leaves everyone wiping their eyes.  But I am both humbled and fortunate to have been moved by a passage from my old nemesis, Winnie the Pooh.