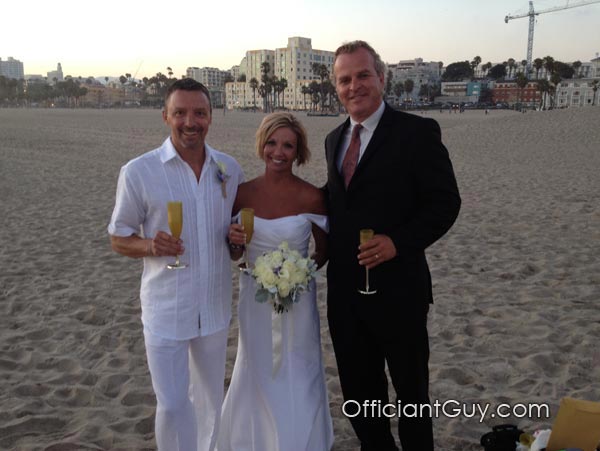 I am am honored to be one of Southern California’s most popular wedding officiants.  Some of the most common questions I get from people who contact me are “What is a wedding officiant?” and “Officiant?  How do I pronounce that?” 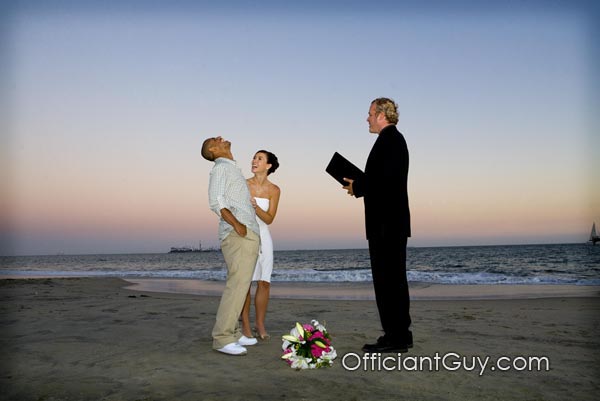 An officiant is best defined by Wikipedia:
A Marriage officiant is a civil officer who performs acts of marriage, civil union or commitment.  His or her main responsibility is to receive and witness the consent of the intended spouses and to ensure the legal formalities, and hence the validity of the marriage or civil union, are observed.

The dictionary pronunciation of “Officiant” is shown below.  But the dictionary definition is a bit archaic because it presumes that an officiant necessarily performs a religious function rather than a civil function.

a person who officiates at a religious service or ceremony.

Under California law, an officiant is one of several person who can solemnize a marriage.  California Family Code 400  provides that a marriage may be solemnized by any of the following who is 18 years of age or older:

(a) A priest, minister, rabbi, or authorized person of any religious denomination.

(c) A judge or magistrate who has resigned from office.

(d) Any active or retired judges or magistrates of the United States Supreme Court, court of appeals, a district court, bankruptcy court or  tax court.

(e) A legislator or constitutional officer of this state or a Member of Congress who represents a district within this state, while that person holds office.

The definition in section 400(a) includes me and most other professional officiants.  While I am ordained, I am non-denominational and I will be happy to officiate your wedding whether it is religious or civil.  I am also specially authorized by Los Angeles County to issue confidential marriage licenses and I would love to be a part of your wedding day.

Are you in need of an incredible marriage officiant to marry you in Southern California? Search no more.

With this wedding officiant you will get: