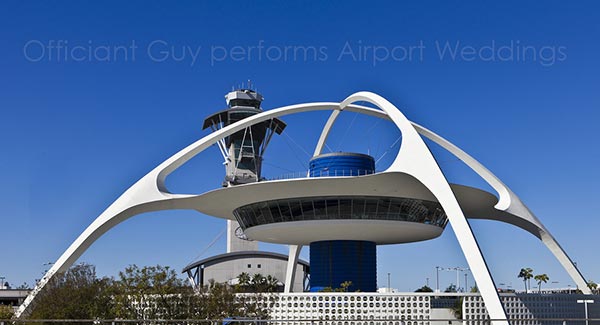 I married a couple on St. Patrick’s Day in an elopement ceremony in the Encounter Restaurant at LAX. I’ve performed many airport marriages in the past which is a unique kind of destination wedding. In fact, USA Today wrote a story about me and airport marriages.

They flew in the morning, ate lunch, and met me at the funky-retro restaurant which feels like a Star Trek set. We completed the wedding licence and did a quick civil ceremony while sitting at a four-top table.

The wedding couple planned to be getting married in Tahiti. Those plans fell through but they didn’t want to get married in their small mid-western town. So, naturally, they decided to get married in Los Angeles. Both the bride and groom were surprised by their misty-eyed “I do’s” as they joined hands while saying their very simple wedding vows.

After the fun elopement ceremony I wished the new husband and wife congratulations and a Happy St. Patrick’s Day. The bride then asked the groom where his “green” was and he said “I’ll show you later”.  This couple put a new twist on a civil ceremony. I made my way to my car as they left to catch what may have been a racy flight back home. 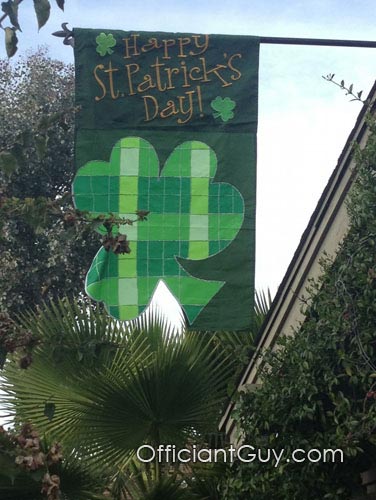