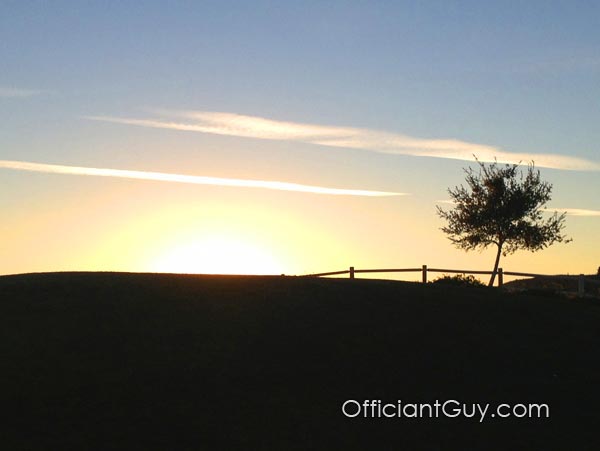 A young groom in his early twenties escorted me to the hospital entrance after I solemnized his marriage ceremony to his high school sweetheart. The bride was in the last stages of cancer that would very soon take her life. Sobbing, the groom thanked me profusely for being a part of their wedding and gave me a hug that lasted more than a minute. He then took a few deep breaths and returned to be with his new bride for her last few remaining hours. I was very moved by the gravity of experience for such a young man.

In another hospital bed wedding, the groom was expected to pass away any day but he wanted to marry his long time companion before he died. When I arrived the groom was asleep with an oxygen mask and several tubes going into various parts of his body . I was concerned that he would not be lucid enough to complete the wedding ceremony. The bride and about 20 family members were all bawling their eyes out. When the groom had a minute to wake up and get his bearings I asked him “Sir, is it your wish to marry this woman?” He pointed to his oxygen mask and his daughter removed it and he whispered “Damn straight.”

Being a wedding minister, I am privy to many private moments in a person’s life or death. Whether the wedding vows are stated in flowery terms, in blunt terms like “I sure do!” or “Damn straight”, or simply with two blinks or two squeezes of the hand they mean the same thing. A hospital bed or a couch in a trailer home can be just as romantic as a ballroom or a wedding chapel. The phrase “until death do us part” means the same thing whether the marriage will last for many years or will be measured in minutes.