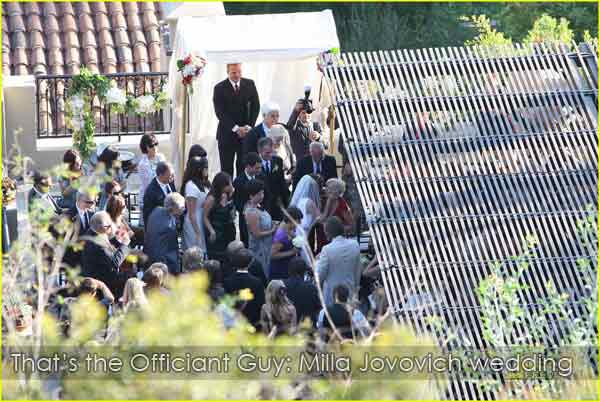 I don’t have much time to write about it, but I was the wedding officiant for Milla Jovovich and Paul Anderson in August, 2009. They were great people.  Many people say I’m a celebrity wedding officiant. I just think of myself as an officiant for weddings in Los Angeles, and yes, that many times includes celebrities.  They are just regular people who live a fun life. Sometimes it’s a very private moment, which I honor, and sometimes it’s a public moment. And it’s fun to be a part of it. 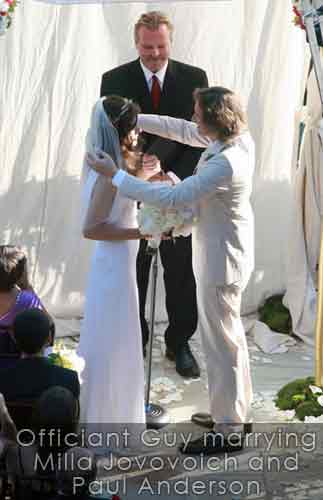 I don’t ordinarily publicize my celebrity weddings that aren’t on TV, but it was captured by paparazzi and the press and they were about the nicest people with who you could want to have an intimate moment. Sometimes celebrities, who are…people, are so in love that they don’t care about the press nearby. Sometimes they want it to be very private. I switch gears very easily.

It was a great time and during the wedding reception I got a chance to sit between two great guys, Patrick Dempsey and Daniel Craig. I think they’re celebrities too. Perks of the job! My wife was furious that she wasn’t there with me after she found out with whom I was conversing. I don’t understand why. Oh well. It was a great wedding nonetheless.

Milla and Paul were about the nicest people I could have married. They have also referred several other couples/celebrities to me to officiate their weddings. 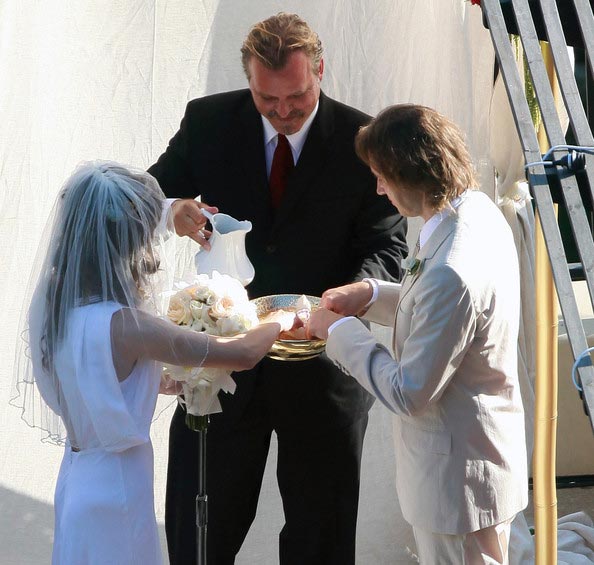 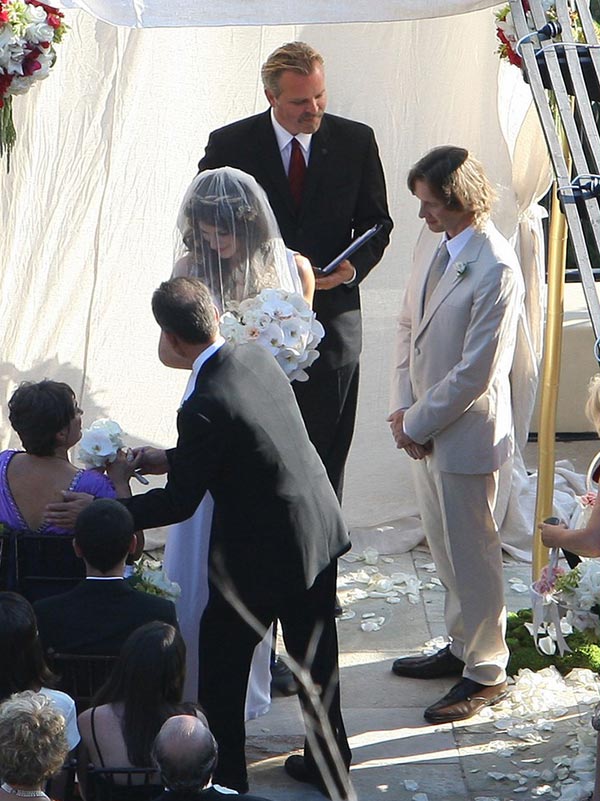 Funny, I ran into Patrick Dempsey in a book store in Malibu several years later and he remembered me. What? He truly is a great guy. But I’m the Officiant Guy. And he took note and we had fun with that.