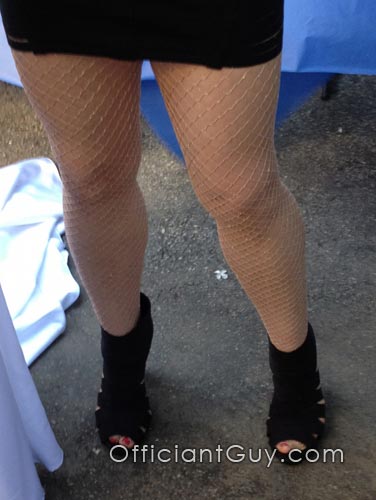 After I officiated an LA wedding ceremony last weekend I heard a joke a that made laugh.  As a busy LA wedding minister, people love to tell me wedding and wedding minister jokes.  Some of the jokes are very funny and some are pretty corny.  In the latter case, I have learned to give a polite chuckle and move on.

After I officiated a wedding in LA last weekend I heard an old joke that I’ve heard before but it still made me laugh:

A priest was taking an evening walk when he took a wrong turn and found himself in a seedy part of town.  A scantily dressed woman put her arm around him and said, “Fifty bucks for a quickie.”  He didn’t know what she was talking about but assumed it wasn’t good so he picked up his pace.

As he walked he passed a few other provocatively dressed women who each yelled “Fifty bucks for a quickie!”  He tried to ignore them and kept walking.

The priest finally found his way back to his church and was relieved to go inside.  When he entered he ran into a nun and he had to ask her, “Sister, what is a quickie?”

The nun smugly replied, “Fifty bucks.   Just like in town.”

Pa-dum-pum!!   Thank you ladies and gentlemen and good night!  I’ll see you at an LA wedding!